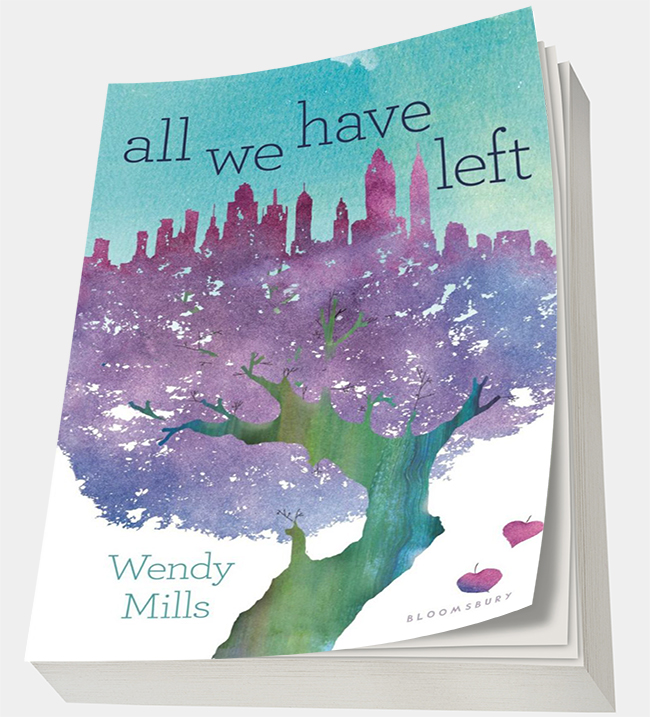 In commemoration of the 15th anniversary of the September Eleventh attacks, we’re honored and humbled to present “All We Have Left,” a young adult novel featuring Masha’s illustration on the cover. The book is available in book stores near you and on Amazon.

Gr 7 Up—This beautifully written coming-of-age story traces the lives of two girls whose worlds intersect on September 11, 2001. Chapters alternate between the present-day story of Jesse, whose brother died on that fateful day, and an emotional account of Muslim teen Alia’s experience inside one of the beleaguered Twin Towers. The wounds are so deep that Jesse’s family doesn’t talk about her brother Travis. Her parents are on the brink of a divorce, and she has feelings for a bad boy who leads her astray. After her arrest for hate speech tagging, she is sentenced to community service at the Islam Peace Center. Alia is a teenage girl and aspiring comic book writer/illustrator. An incident at school causes her parents to withdraw permission for Alia to attend a program for talented high school artists. On September 11, she heads to her father’s office at the World Trade Center to plead with him to change his mind. Jesse’s journey to discover why Travis was at the Twin Towers and what happened to him before he died eventually leads her to a search for Alia, the girl Travis was with when the planes hit. Her work at the Islam Peace Center and the friends she makes there instill in Jesse a new understanding of Muslims and the Islamic faith. This outstanding, touching look at a national tragedy promotes healing and understanding.