Here at Masha.com, we are starting a new blog series called Artists We Love, and first up in the spotlight is Masha’s own mother, artist and designer, Galina Sokolova. We were so lucky to be able to ask her some questions about her escape from the Soviet Union, gorgeous artwork and life as a mother. Enjoy the interview below and be inspired! 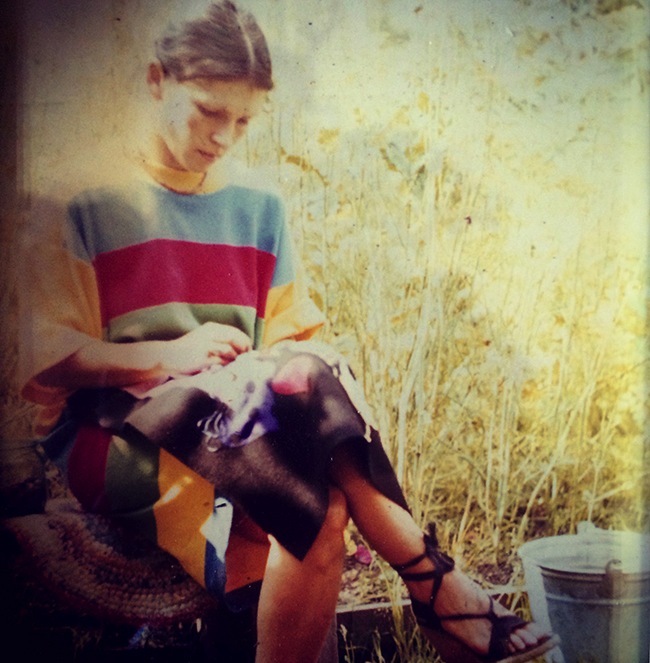 You escaped from the Soviet Union alone with two small children, $100 and some of your artwork rolled up in suitcases. Tell us a little bit about working as an artist in the Soviet Union, and after fleeing. What were some of the most monumental changes that you faced?
In order to officially make it as an artist in the USSR, one had to include propaganda in one’s work. You had to show silly things like the soviet symbols in your compositions and be completely sincere about it. This wasn’t my style and I struggled with the system. Sometimes I would make it a game and hide the required iconography in a (dangerously) fun way in state commissioned work. When I moved to the West the freedom to do what you want as an artist was almost overwhelming. For me the struggle here has been combining art with business. I had no preparation for the kind of self-promotion you have to do to make art for a living in the states. 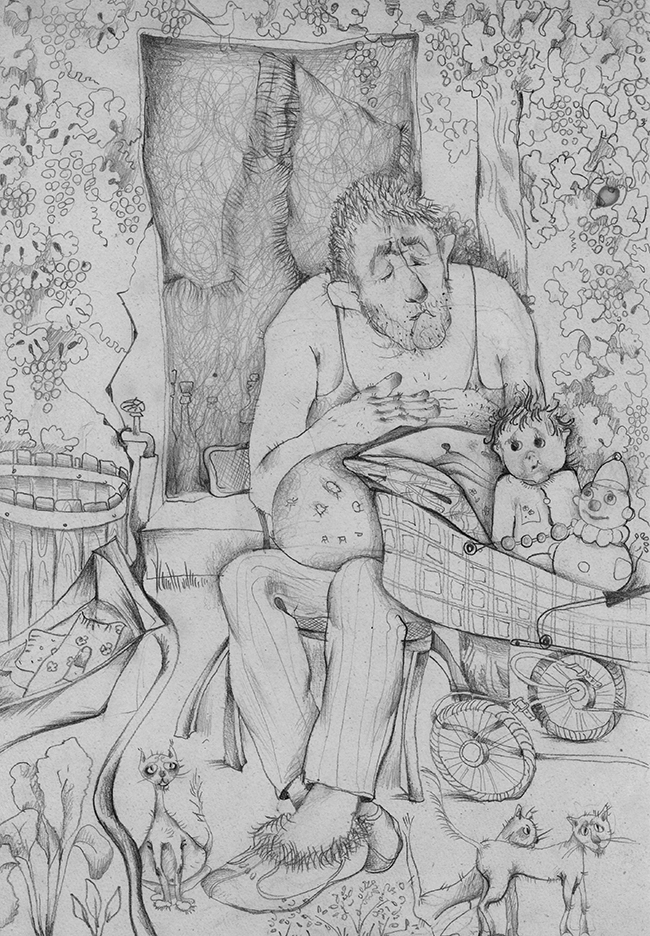 Did you face challenges dividing your time as an artist and a mother?
Absolutely, still do to some extent. Both are all-consuming occupations but when they overlap, it’s magic!

You began your career as a fashion designer–what made you switch your focused medium into embroidery?
Mainly, it was the fact that I could work on my embroidered paintings at my own pace at home or anywhere. I could spend time with my children, be creative (in a non-toxic medium) and make a living without worrying about seasonal collections, production etc. The embroidery allowed me to still be in touch with my love for textile, proportions, texture and color. It’s also a medium which lets you to easily pause (make dinner) and to pick up where you left off, while teaching you great patience and calming the nerves! Plus, because of my background in fashion, I knew where to source the materials, which was not a small thing back then. 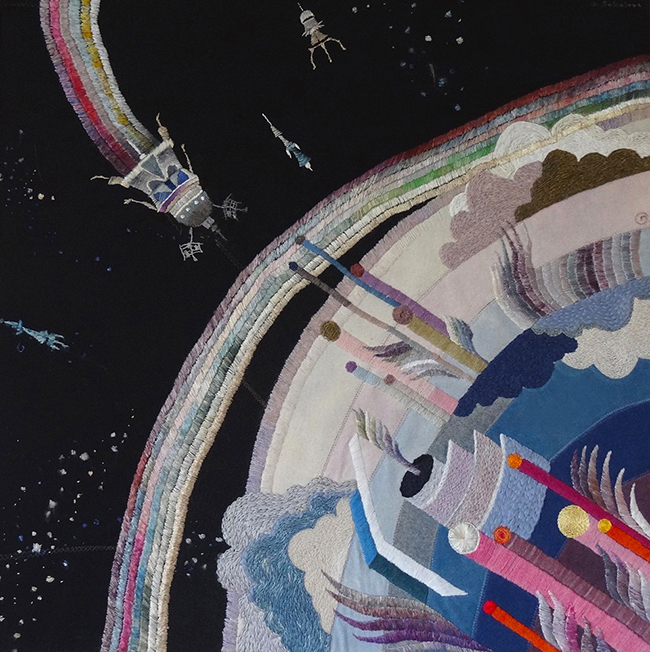 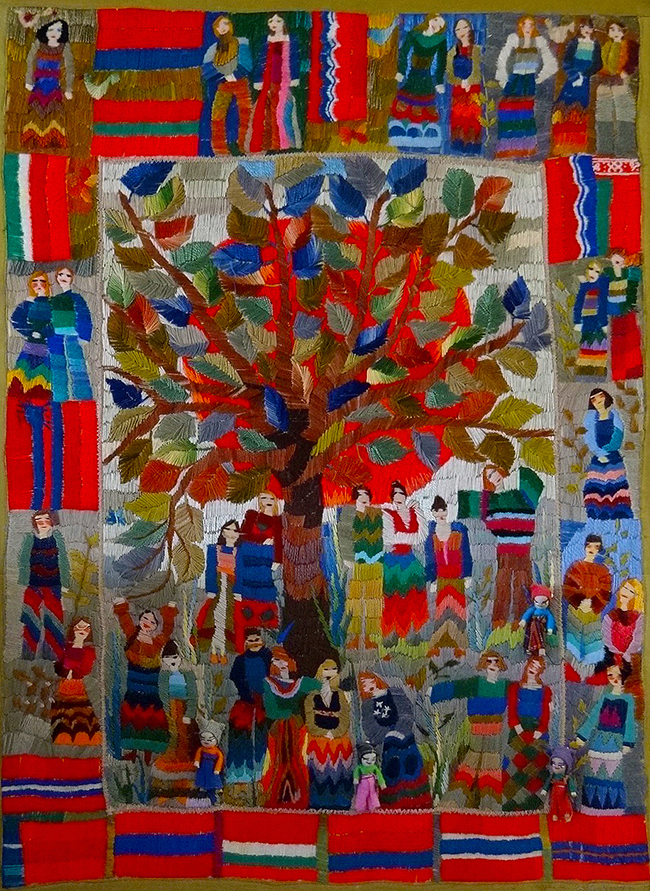 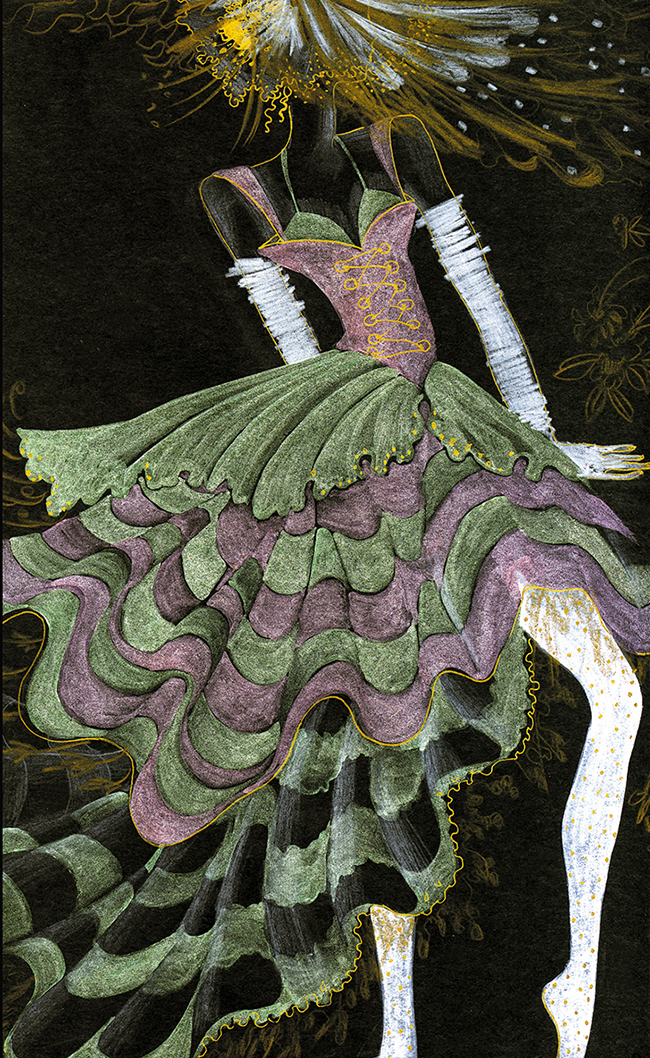 Who are some of your favorite artists or designers?
There are so many. I was lucky to grow up right next to one of the world’s greatest museums – the Hermitage. My favorites include Hieronymous Bosch, Lucas Cranach, Albrecht Dürer, Diego Rivera, Ivan Bilibin, Balthus, Boris Kustodiev, Andrew Wyeth, Hokusai and Yugoslavian primitivists, the list goes on and on. Of the designers, I especially adore Vivienne Westwood, both for her accomplishments and her personal style and life. And of course, my amazing daughter! 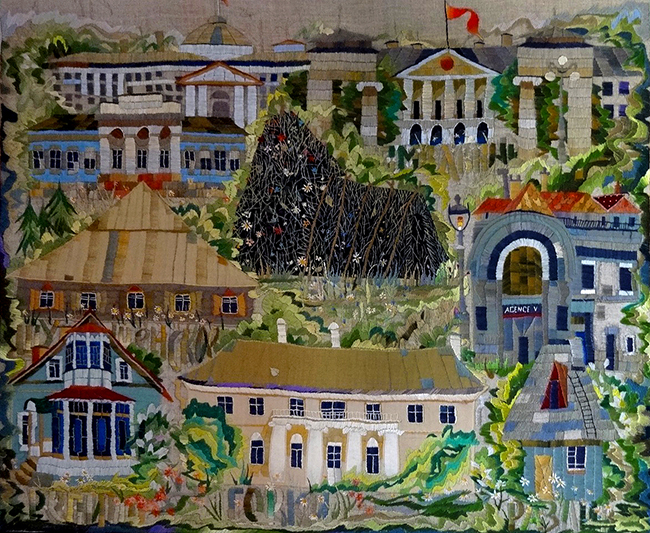 What inspires you the most as an artist?
The never-ending beauty and surprises of nature. I’ve also always been interested in traditional ‘female’ arts and crafts.
–
Masha describes you as “a true badass and an all-around mad genius that can draw/paint everything and figure out how to make practically anything whether by hand or sewing machine.” Is there a medium you’ve struggled with, or never truly tamed that you would like to learn?
Hm… I struggle with English 🙂 and it’s a kind of art form, right? I also never had a chance to try painting with oils – the process seems slow and serious.
– 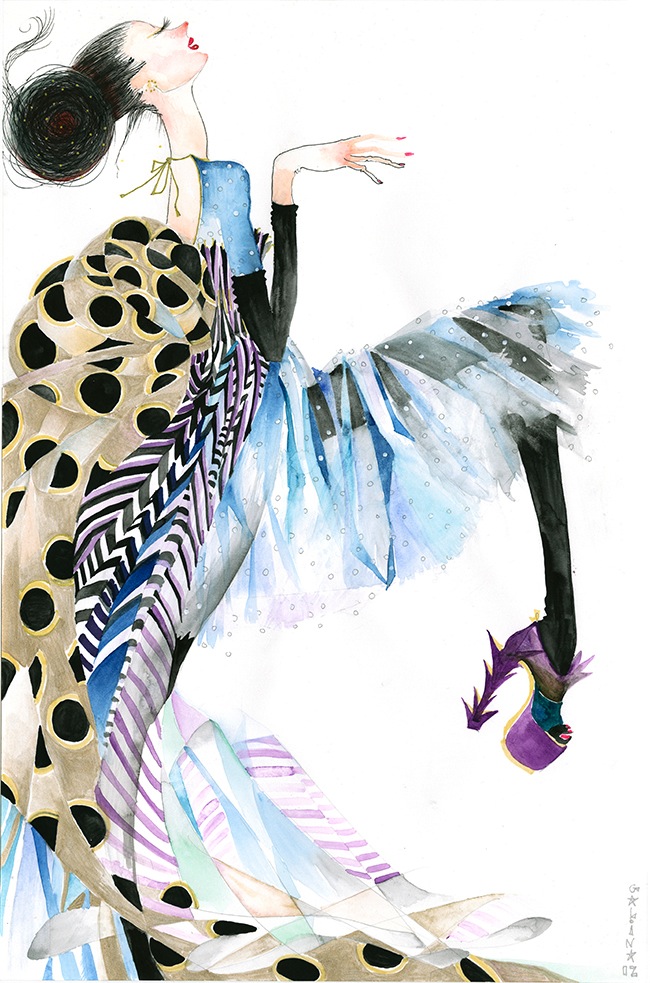 –
You collaborate often with Masha in many creative capacities. What has been your favorite?
I’m up for anything I get to do for Masha’s line because we have a good time collaborating and it’s an excuse to spend time together. Also having your art reach so many people in card-form is a great thing to think about. She included some of my high fashion illustrations in the 2013 collection, that was new and fun!

–
What are you working on now?
I recently became interested in objects for the home (especially bringing the outdoors into interiors) and have been making textural tapestries and painting on lampshades as well as continuing with personal work (see below).
–
Editors note: Galina’s work was featured on Apartment Therapy as a part of Masha’s House Tour. For commission inquiries email [email protected].
– 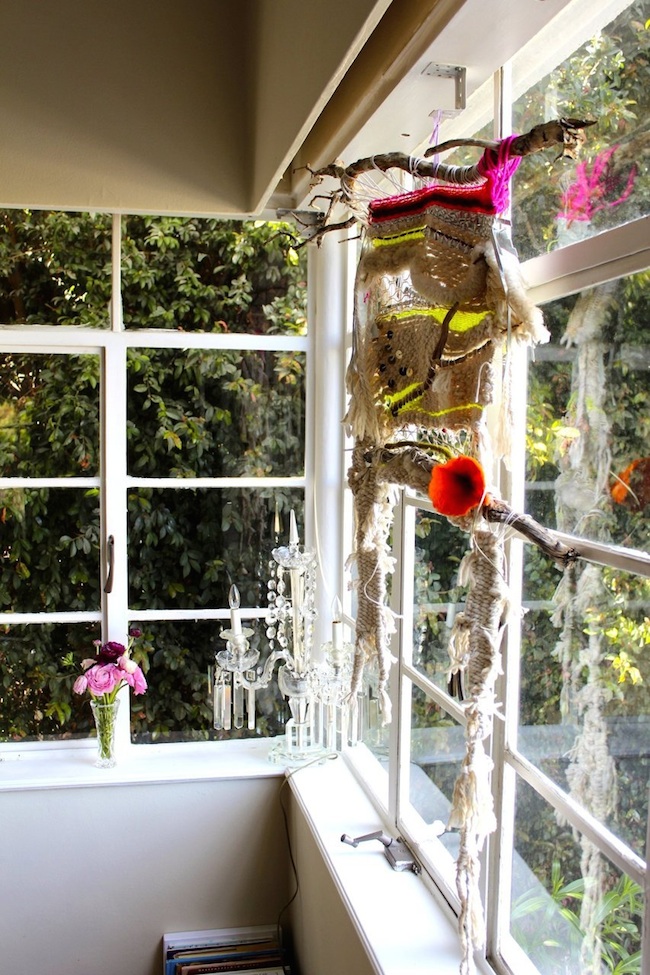 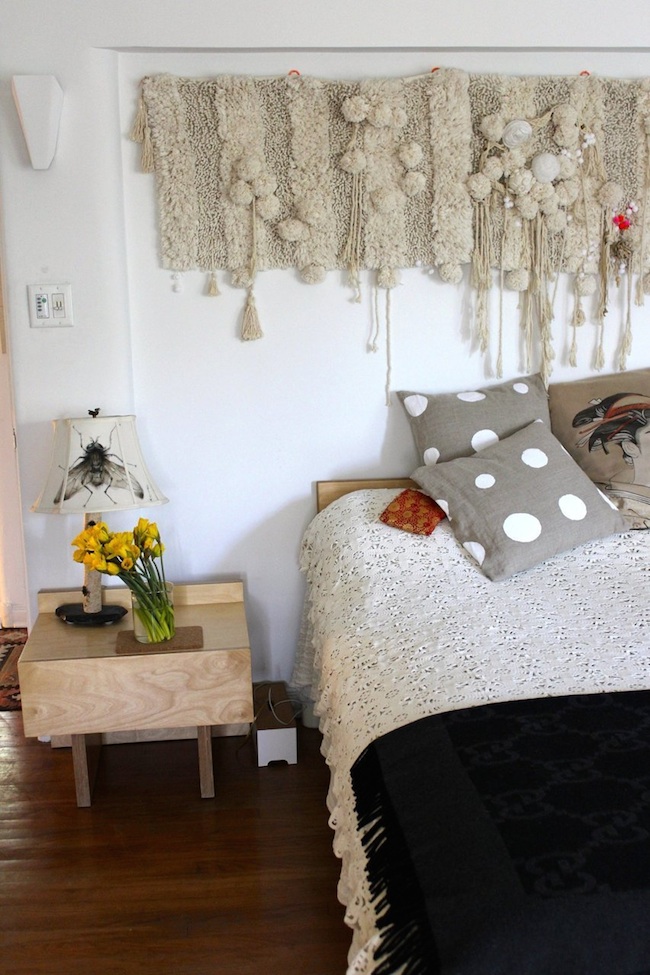 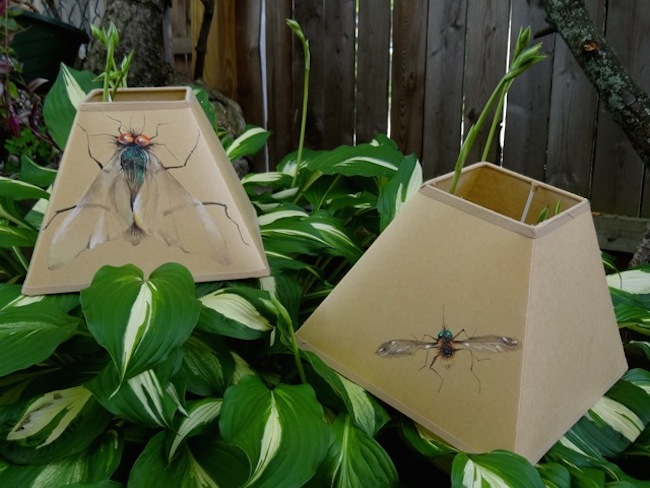